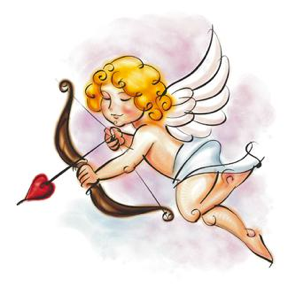 When his brother left his home, Prince Stravos will now inherit the throne if Kyonos, an island in Greece. Now that he will be king, he needs queen. He doesn’t want love in a relationship. His mother died nineteen years ago, and as a result his father reigned the kingdoom disastrously. This made him decide that love was a liability in ruling a country. Therefore, he hires Jessica Carter, an excellent matchmaker. The problem is, he comes to like this feisty and confident women, and starts seeing the candidates a boring. He is determined to know what she is hiding.

Jessica Carter, doesn’t want have anything to do with relationship. She had enough with her failed marriage. However she feels satisfaction in knowing that other people can have lasting marriages. This is the reason she became a matchmaker. She is hired by a prince Stavros for her services and she is determined to find him the appropriate wife for him. A wife who can be a queen and who can bare him children. Having to spend time with him, she notices that there’s more to him than a cold and calculating man. She starts to like him, even though she is not supposed, since she is hardly the appropriate candidate for him. The biggest issue being that she cannot bare heirs for him.

Will they surpass their insecurities and obligations to follow their hearts?

The mayority of the book was of their thoughts and feelings. It was too focused on the two if them, for my taste. Nevertheless, the author is a good writer, and portrays the character’s feeling well. Especially, Jessica’s insecurity based on her infertility.